On the topic of “The Next Big Thing,” Digital Book World 2018 seemed to hit all of the high points, with solid representation from the Amazon Alexa Team, Blockchain companies such as Publica and Scenarex, and uses of Artificial Intelligence.

Alexa’s Paul Cutsinger did a pre-show warm-up session on Alexa Skill Building. In the Alexa world, “skills” are a bit like “apps.” It was a great hands-on session in which we signed up for developer accounts, and created a Skill, specifically writing a short story that we could test and play on an Echo. It was a good exercise, and it set the stage for a main stage appearance from Amazon Alexa’s chief evangelist, Dave Isbitski.

Isbitski would run through the impressive Alexa stats:
-More than 50,000 Skills
-1000’s of device use Alexa, and anyone is allowed to add Alexa

…as well as the potential of Alexa with 10’s of millions of smart home devices in existence. He emphasized fresh development both through in-skill purchasing and solid analytics for developers.

The Blockchain discussion opened with the What is Blockchain question. I think many of us can start with, “It’s not Bitcoin” or “It is a ledger.” Scenarex’s CTO, Steve Breault, shared the beginnings of a semi-technical definition on Monday by saying, “It’s a growing list organized in “blocks,” replicated in P2P networks, and each block has a unique code called a hash.” Scenarex is a Canadian company led by Simon-Pierre Marion, pursuing authors and publishers interested in contributing their eBooks/eISBNs to their blockchain. Their system does not have a cryptocurrency.

Meanwhile, Publica’s CEO, Josef Marc, has created his own publishing ICO (initial coin offering) through crowdfunding. Though his company plans upon a non-monetary token, much of the attention they’ve garnered (from emails I’ve received) is around its publishing crypto.

As you read this, it’s probably less clear than it ever was, and to really hammer down this point, it was suggested that somewhere in the publisher’s organization, there is a problem, and it’s at this time that they’ll realize that blockchain is a solution. Hmmm…..

Lacking was a clear use case or even a futuristic projection, in spite of representation by two startups. If we’re to draw our own conclusions, there might come a day when: eISBN’s will be logged in a blockchain, might dissuade some piracy, might allow for true ownership of a digital copy (a plus for libraries!), rights holders might be clarified and royalties shared on every copy, and transactions may occur with a cryptocurrency. Maybe…

It’s not my intention to sound skeptical or to criticize this conversation. In fact, it was an incredibly honest and open interpretation of a new technology, one in which no one was pitching a product, so much as saying, “we have a solution when you’re ready.” Publishing consultant Bill Rosenblatt closed with a salient point, emphasizing that Blockchain is here, and it’s real. You should learn about it now, because it will be important to your organization.

Last in the category of “Cutting Edge,” we heard how artificial intelligence is being tested and utilized in content creation. StoryFit is a company that analyzes long-form storytelling and tries to predict audience appeal. Their clients include publishers and movie studios. Twenty percent of movies come from books, and these movies perform fifty percent better.

Interestingly, CEO Monica Landers noted that their findings do not always produce the expected response. She shared examples of studios given the “bad” news that a title wasn’t completely synced up with the profile of say, “The Hunger Games”, only to respond with, “Excellent! We will own that niche!”

StoryFit’s technology looks at metadata, characterization, emotional journeys, marketing, and acquisition providing a large data set for predictive analysis. While she says it’s effective, it will never be 100 percent accurate. 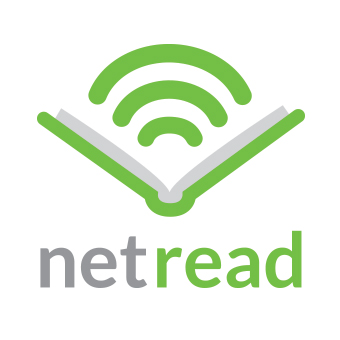